BREAKING
Lee County Observer 4 1 20
By allowing ads to appear on this site, you support the local businesses who, in turn, support great journalism.
arrow_backBack to authors 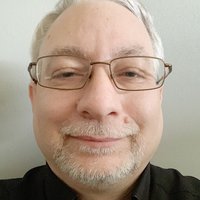 A New York native, Martin lived in the Washington, D.C., area; Kabul, Afghanistan; Guadalajara, Mexico; Saipan, U.S. Commonwealth of the Northern Mariana Islands; Dahlonega, Ga.; and Memphis, Tenn., before moving to the South Carolina Midlands in 1990. While attending high school on Saipan, he began a 14-year career as a radio broadcaster through the summer of 1995. Martin then worked as an administrative assistant before joining the Chronicle-Independent as a staff writer in 2000. Since then, he has served as the paper's assistant editor and editor, covering primarily the city of Camden, education and crime. He also maintains the C-I's website and Facebook page. Martin has won numerous awards from the S.C. Press Association, including the coveted Montgomery Freedom of Information Award in 2014 for his coverage of the KershawHealth Board of Trustees' attempts to keep its process of choosing a new chief executive officer out of public view. The father of two young men, he enjoys listening to music, especially jazz; reading science fiction and fantasy; and even playing computer role-playing games. Follow Martin on Facebook at www.facebook.com/martin.l.cahn.