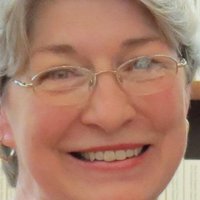 Katherine H. Richardson, director of the Camden Archives and Museum, is a contributing columnist to the Chronicle-Independent, Camden, S.C.