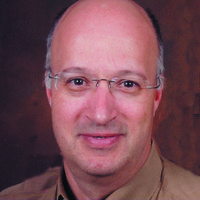 Tom Didato became the sports editor at the Chronicle-Independent in 1986 and covers all Kershaw County sports. A Middletown, Conn., native and a graduate of the University of Dayton, Tom is a member of the National Turf Writers and Broadcasters Association as well as the South Carolina Football Hall of Fame. Prior to coming to the C-I, Tom was an intern with the University of Connecticut sports information department before being the sports information director at Ohio Northern University and the sports information director/promotion director at Iona College, where he was a former member of the Metropolitan Basketball Writers Association. He was also an assistant press secretary for the Senate Majority Office in Hartford, Conn. A die-hard New York Yankee and Dayton Flyer fan, Tom was also a two-time recipient of the Camden Jaycees’ Jaycee of the Year award. In his spare time, he enjoys attending Columbia Fireflies games, listening to music and adding to his growing list of rock concerts attended. He and his wife, Susan, live in Camden.